Hello friends today we will talk about the best and trusted ad networks for mobile phone that is really pays decent money. 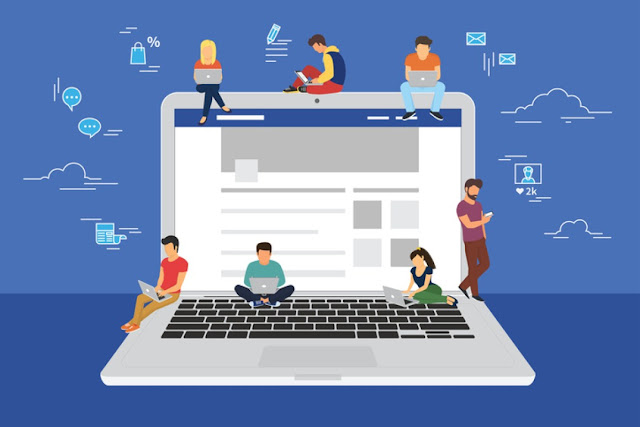 One of the most profound shifts in the mobile ad industry is that mobile apps are becoming a dominant place for ads to be displayed in, replacing traditional mobile web browser.

This shift has even coined a new term – in-app advertising. There is a simple reason behind this transition – multiple researches demonstrate the fact that people spend most of the time with mobile devices, using apps, not browsing as they used to. With the number of mobile apps that continues to increase exponentially, mobile app advertising has a potential to replace mobile web ads completely. Today all highest paying mobile ad networks are laser-focused on mobile as the fastest growing digital advertising sector.

As mobile advertising industry continues to grow, it becomes more and more obvious that moving all operations into the programmatic area is the only way to go. This is how you can accommodate greater and greater advertising volume, allow an ever increasing number of advertisers to manage their ad campaigns efficiently and mobile publishers maximize their inventory monetization. According to Statista the programmatic advertising will double from 18 billion in 2016 to 36 billion in 2019, it accounts for 75% of all digital advertising expenditures in the United States.

The downside of the programmatic approach is that it produces lower engagement rates, introduces advertisers to the risk of a fraud, generally it’s less relevant compared to manual ad campaigns and can even be harmful for brands in cases when their ads occasionally being placed on websites they didn’t plan to.

Continue the trend in advertising automation, Artificial Intelligence algorithms are praised as the way to tackle multiple challenges that digital advertising faces. In fact, AI is the technology that many industries embrace to handle big data volumes to search for patterns and valuable insights to increase its efficiency. For mobile advertising, it is also a brand new way to better fight off mobile ad fraud.

Speaking of fraud, according to Jupiter research this the advertisers' fate to lose $19 billion because of a fraud. It can be categorized as technical and compliance one when the first one covers all sorts of technicals ways to trick ad network into considering fake advertising events as factual ones and the second covers multiple tactics to break the rules established on a specific advertising platform.  Examples of technical fraud are ad stacking, attribution fraud, faked , the has to do with , cases of placing ads in areas it rarely can be still reported as seen, tricking users into clicking on ads, re-brokering ad offers from one publisher to another and more.

With CPM (cost-per-mile) type, an advertiser is charged each time their ads are shown 1,000 times (so-called ‘a mile’). It’s the best business model for publishers because it allows them to make money every time an ad is displayed. If they have a traffic, it allows publishers to forecast their revenue. The downside is that they may lose some extra revenue if their app or website audience is really interested in a product or service they advertise. In that case the CPC model would allow them to make more money.

With the CPC (cost-per-click) model an advertiser is charged for each click made on their mobile ads. This model works better for advertisers, because it allows them to pay only for instances when interest their product or service is explicit (their ads were clicked), and as mentioned above, in some cases may work for publishers as well. For a publisher this model always presents the risk of serving lots of ad impressions for free.

A CPI (cost-per-instal) model implies that advertisers are charged only when a click on their results in an actual mobile app install. It’s a specific case of a more generic CPC business model. Cost-per-install price has become one of the most important metrics for mobile app marketers to measure and keep track of because it represents the price they pay to acquire customers and hence it is a key factor in calculating ROI.

CPA (cost-per-action) models are more advanced versions of CPI. It means an advertiser chooses to be charged only if a specific action (in-app sale, subscription, form , sign up and more) is taken by users inside an app that is advertised on a mobile ad network. This type of a business model presents more opportunities for publishers to monetize their inventory on one hand and more options for advertisers to grow their business on the other.

And finally, there is the CPV (cost-per-view) model, that is applicable to mobile ad networks that provide advertisers with video ad campaigns. With this model, advertisers are charged for each video mobile ad was viewed. With the current pace of video advertising growth, this model is becoming more and more popular.

-Interstitial ads
Full-Screen ads that cover the interface of their host application. This mobile ad format is most frequently used to display an ad between different app screens and it’s quite often displayed between different levels in a mobile game app.

-Banner ads
A classical static or animated image ad, which is placed inside an app’s interface. Such ad may advertise a third party product, other digital or physical goods, as well as an option to expand an app’s functionality.

-Native ads
Either a banner image or video ad that matches the form and function of the app interface it’s displayed in. The core concept of native ads to mimic an app’s interface to be least intrusive compared to other ad formats.

- ads
It is an ad unit within a mobile app that provides end users with lots of offers to engage with. The most frequent use case is mobile games, where may either advertise third-party games or a series of games from the same game developer.

-Video ads
Video ads consist of a short, usually up-to 60 seconds, video clip to advertise products and services. This mobile ad format is most often used in media apps. There are two major types of video ads – in-stream and out-stream. With in-stream type, video ads are displayed full-screen before, after and within video content that is streamed inside an app. With out-stream type video ads are displayed on a web page, displayed inside a mobile app.

Mobile Ads Reporting
An advertising campaign performance data reporting is one of the key components that are crucial for its success. This information is provided by mobile ad networks to advertisers via an online dashboard. It includes data on such parameters of ad performance as the number of impressions, clicks, installs, video ad views, platform, country, ad format and so on.

-Mobile Ads Targeting
There are a number of parameters that allow to narrow down a mobile ad campaign's reach to a specific audience. These parameters are called targeting options, below are the most common specifications:

-Device
It allows ads to be shown only on specific models of mobile devices. This type of targeting lets advertisers to display ads on devices with a specific screen size and other hardware requirements, which avoids a mobile ad experience degradation.

-OS
Allows for targeting ads towards only mobile devices running specific operating systems or even particular versions of OS. It gives advertisers the benefit of displaying ads to mobile users on devices that are best to display those ads, software wise.

-Connection
By applying this targeting option, it’s possible to show mobile ads on mobile devices when they are connected to the Internet either via Wifi or 3G/LTE connection.

-Interests
Mobile ad networks collect mobile users data and build profiles of their users, to allow advertisers to narrow down their ad campaigns based on an audience segment with specific interests only.

-Gender
This option allows to narrow down an ad campaign to mobile users of a particular gender.

One of the best sources to check a particular mobile ad network performance is the AppsFlyer semi-annual Performance Index. Below you can see the snippet from the H2, 2017 edition and it covers media sources performance for both gaming and non-gaming apps for iOS and Android operating system. In the table, Power Ranking is a metric to rank a media source by the total volume of app installs it generates, Retention is a metric that speaks to a quality of app installs generated by a particular media source.